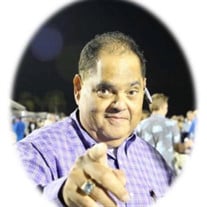 Samuel “Papo” Hernandez Andrades Jr., passed away November 12th in Redlands, California, after a failed attempt to convince the charge nurse to sneak in a burger and chocolate shake from In n Out. Born 1955 in Carolina, Puerto Rico from humble beginnings, Sam was a self-taught entrepreneur and salesman whose larger than life personality lent to his generous heart to those he met and unbreakable devotion to his wife and children He always had (or sought) the right tool for any job and knew the right thing to say on any occasion ( even if it was wildly inappropriate ) A music aficionado coupled with a passion for photography, he was known to engage a crowd with his humor, his deep infectious laugh, and entertaining charm. Sam was the man that could never resist using his knowledge and experience to ‘pay it forward’: from IT networking, to his sister’s Alcapurias, art & cultural history, to knowing how to identify a male Sago plant from a female one. (see? you just learned something new!) After years battling chronic illness, most would have gone quietly into the night, but not Sam. His last moments were spent listening to the Beatles; his kids playing “las maracas de Puerto Rico” to his favorites: Willie Colon, James Taylor & Radiohead (just to name a few) surrounded by his high school sweetheart holding his hand. He is survived by his “bride” of 47 years, Madeline Hernandez; his daughter, Katherine Hernandez-Hoge and husband Daniel Hoge; his son, Samuel Hernandez III and his wife Laura Hernandez; his son, Richard Hernandez and his wife Nanako Hernandez; and six grandchildren, his “Monkeys”: Corina Schneider and her husband Troy; Joshua Hoge; Samuel Hernandez IV; Caleb Hoge; Rua and Nina Hernandez; and a host of nieces and nephews. He is also survived by his parents, Samuel and Laura Ester Hernandez Sr.; his sister Irma Rivera; his sister Debbie Valle. Services are being held on Sunday, December 5, 2021 at 2 p.m. at Desert Lawn Funeral Home, 11251 Desert Lawn Dr Calimesa, Ca 92320 Condolences may be sent to the family website: myfarewelling.com/memorial/samuelhernandezjr

Samuel &#8220;Papo&#8221; Hernandez Andrades Jr., passed away November 12th in Redlands, California, after a failed attempt to convince the charge nurse to sneak in a burger and chocolate shake from In n Out. Born 1955 in Carolina, Puerto... View Obituary & Service Information

The family of SAMUEL HERNANDEZ ANDRADES JR. created this Life Tributes page to make it easy to share your memories.