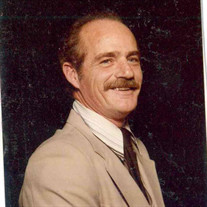 Frank F. Fink, Sr., 82, passed away February 24, 2020. Frank was born in Crocker, Missouri to Charles and Cecelia and was raised in Ocean Springs, Mississippi. Frank entered the Navy in 1955 and served on the USS Boyd until 1959. After the Navy, Frank moved to Baldwin Park where he raised his son and daughter and worked as a construction superintendent. Frank was a member of Carpenter’s Union #944 and was very proud of the commercial buildings he was in charge of building, from car dealerships to hotels. During this time, he was also a team roper with his best friend Marshall. In 1983, Frank moved to Yucaipa and became an active member of St Frances X Cabrini Catholic Church and a charter member of Knights of Columbus #9679. It was in Yucaipa that Frank met Sandra, the love of his life. They were married at St Frances X Cabrini in 1985 and enjoyed traveling and camping. Frank retired from construction in 1995, and went on to teach woodworking to adults with disabilities at Montero House in Redlands, became a Master Gardener, made his own furniture and enjoyed spending time with his many dogs and cats. In 2001, Frank supervised the building of his dream home in Pahrump, Nevada, where he and Sandy lived until 2015, when they moved to Calimesa to be closer to their children. Frank is survived by his wife of 35 years, Sandra, his son Frank Jr. and daughter-in-law Jayne, daughter Victoria King, grandson Aaron King, Jr., step-daughter Debra Downie and son-in-law Bruce Downie, brothers Joseph and Irvin Fink, sisters Edna Pruitt, Gloria Heller, Anna Teachout and many nieces and nephews. A graveside service will be held at Desert Lawn Funeral Home and Memorial Park in Calimesa on Friday, April 17, 2020 at 1:00pm. In lieu of flowers, the family suggests donations to Alzheimer’s Disease Research.

Frank F. Fink, Sr., 82, passed away February 24, 2020. Frank was born in Crocker, Missouri to Charles and Cecelia and was raised in Ocean Springs, Mississippi. Frank entered the Navy in 1955 and served on the USS Boyd until 1959. After... View Obituary & Service Information

The family of Frank Francis Fink Sr. created this Life Tributes page to make it easy to share your memories.

Send flowers to the Fink family.