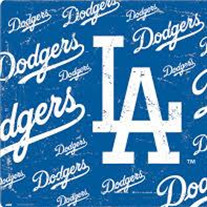 Charles was born on July 25, 1938 in Greenville, Texas to parents Elmer and Nova Cullors. He was the sixth child out of eight children. Charles accepted Christ at an early age and united with the Mount Olive Baptist church of Greenville, Texas where he was baptized. He relocated to Banning, California with his family in 1952. Charles attended school in Banning up until his junior year in high school, and then he relocated to Paso Robles, California and graduated from Paso Robles High School. During this time, he was active in baseball and basketball. While in Paso Robles, he united with the Second Baptist Church of Paso Robles and enlisted in the National Guard Reserves. He worked a variety of jobs over the years, but one of his longest standing jobs was with the Deustch Company in Banning. He worked at Deustch in several capacities lastly driving a display bus around the country that highlighted the company’s goals and scope of work. After many dedicated years of service with the Deutsch Company, He started a new career with the California Department of Corrections and Rehabilitation Center as a Correctional Officer. He served at California Institution for Women Frontera (CIW) and Calipatria State Prison Women’s until his retirement in 2002. While in Calipatria, he attended Calipatria Community Church under Pastor Hurtado. Chuck had many friend and acquaintances and a loving family. He was the glue that kept the family connected. He passed away on July 24, 2019, 1 day before his 81st birthday in Las Vegas, Nevada with his wife by his side. Charles was proceeded in death by his parents, daughter Drene; 1 sister Ivy Lee and 3 brothers Emmett, Willie R. and Alfred. Charles is survived by his wife Minerva, Daughter, Nicole (Duane) of Las Vegas, NV, Son Sortan “Sarge” Prior (Jana) of Cathedral City, CA and honorary son, Norris Littlejohn of Pomona, CA); Brother Robert G. Cullors (Debbie) of Banning, California; 2 sisters El Mira Davis of Boulder, Colorado and Eva Jo Brown (Charlie) of Banning, California; 14 Grandchildren, John, Byron, Sortan, Joseph, Daniel, Marques, Pamela, Mikalah, Egypt, Bobbie, Keauna, Isaiah, Anitra and Timothy (TT); 7 Great Grand Children, Jeremiah, Emerencia Lu, Aneya, Raven Grea, London, Jayden, and Jacory; and many nieces, nephews, cousins and friends. Charles will be deeply missed by all who knew and loved him.

Charles was born on July 25, 1938 in Greenville, Texas to parents Elmer and Nova Cullors. He was the sixth child out of eight children. Charles accepted Christ at an early age and united with the Mount Olive Baptist church of Greenville, Texas... View Obituary & Service Information

The family of Charles Cullors created this Life Tributes page to make it easy to share your memories.

Send flowers to the Cullors family.