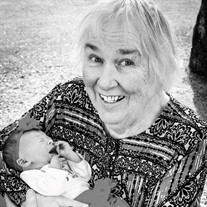 Betty Jean Larsen was born (Betty Jean Ewing) on April 2nd, 1939 at Huntington Hospital Pasadena, California to Mary and Robert Ewing. She was the oldest of 4 children and has three brothers, Robert, Jack and Tom Ewing of Temple City, California. Her entire childhood was in Temple City, Ca. She attended a brand-new elementary school, Coverley Avenue Elementary. She was a part of the first graduating class at Temple City High School in 1957. She was a Rainbow girl with the Masons. She graduated from Pasadena City College and went on to graduate from Los Angeles State College. She became a recreation director for the City of Los Angeles at the Hollywood Recreation Center. In January of 1966, Betty got married to Laurence Larsen and moved to Wrightwood, California in 1967. That year she had her first child, Bryan. Outgrowing the house in Wrightwood, Betty and Larry moved to Yucaipa in 1969 where they have lived for 50 years. She had her second child, Laura, in December 1969, and a third child, Andrew, was born in March of 1973. Betty was a very active Christian and participated in many, many activities, here are a few: • Taught Bible study to young adults at the Nazarene Church and she was a favorite with the kids in the early 70’s. • Attended First Baptist (now known as Grace Point) since 1970 • Was in the choir. • Made costumes for Yucaipa Christmas Parade an The Bethlehem Market Place. • Was a Sunday School Teacher for FBCY/Grace Point Church. • Helped in the kitchen for the Wednesday dinners with Ann Morgan and Daphnie Lynn. • Later she helped Candy Rigney in the kitchen and with her Pillowcase Ministry. Along with being active with church, Betty found time to make just about any costume her kids requested. She even had a Doll and Quilt show that raised thousands of dollars for the Yucaipa High School Entertainment Units one year. She was quite a seamstress and made many “Broom dolls”, “Spoon dolls”, “Cookie Jar dolls”, and Raggedy Ann & Andy dolls through the years. She is survived by her husband Laurence of 53 years, her brothers Robert, Jack, and Tom, her children Bryan, Laura, and Andrew, her granddaughter Jessica, and great-granddaughter Madilyn. She was very proud of all her children, grandchildren and her great-granddaughter. Betty passed away peacefully on August 15, 2019 surrounded by her family.

Betty Jean Larsen was born (Betty Jean Ewing) on April 2nd, 1939 at Huntington Hospital Pasadena, California to Mary and Robert Ewing. She was the oldest of 4 children and has three brothers, Robert, Jack and Tom Ewing... View Obituary & Service Information

The family of Betty Jean Larsen created this Life Tributes page to make it easy to share your memories.

Send flowers to the Larsen family.